The following year, after much preparation, Norisato traveled to China. Thanks to the general’s introduction, he became a student of Master Ru Ru Ko, Shihan of the Military School of Ching Dynasty.   At the military school, Norisato received a military officer’s education, studying a range of subjects from military strategy to astrology. After several years of training under Master Ru Ru Ko, Norisato received a certificate of graduation and returned to Okinawa at the age of 26.  Norisato did not open a martial arts school due to the secrecy of the Chinese Kung Fu. He could not risk exposing the techniques of the military school. He told his family, “The power of the martial arts is to support the heart and defend the body. It should not be used without good reason nor taught to others easily. It should be kept in the family and be taught to one child per generation.” The Nakaima family respectfully followed Norisato’s instructions.

As a result, Norisato only passed his knowledge on to one of his sons, Kenchu Nakaima, who then passed his knowledge on to one of his sons, Kenko Nakaima. In 1968, Kenko Nakaima decided it was no longer necessary to keep his family’s style a secret and founded founded the Ryuei Ryu Karate and Kobudo Preservation Society. He then taught Ryuei Ryu to his three sons, two 13 year old students, Tomohiro Arashiro and Takeshi Matsuda.  Arashiro and Mastuda began training session by sweeping the leaves off Nakaima Sensei's courtyard to strengthen and purify their spirits and to develop patience.  Arashiro worked very hard as he went to Nakaima Sensei's house to train from 8 pm - 10 pm after basketball practice and listened to Nakaima Sensei's teaching about the ways of martial arts and its history until late at night. 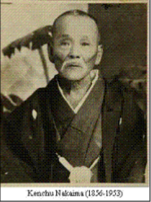 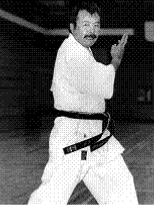 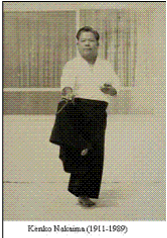